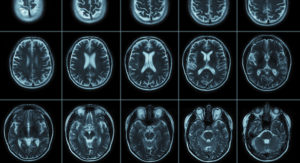 Hypoxic Ischemic Encephalopathy (HIE) is a form of brain injury caused by oxygen deprivation during childbirth. HIE, also known as intrapartum asphyxia, is among the primary causes of brain damage to a baby during the delivery process. If HIE happens to your baby, it can cause lifelong complications. Some of the potential results of HIE include Cerebral Palsy, cognitive impairments, developmental delays, and learning disabilities.

What is Hypoxic Ischemic Encephalopathy?

Hypoxic ischemic encephalopathy is sometimes referred to as birth asphyxia, perinatal asphyxia, or neonatal asphyxia. Asphyxia simply means lack of oxygen. HIE is a medical condition that occurs when the brain is subjected to a reduction in oxygen during the birth process. Hypoxia means a reduction in oxygen supply, ischemia means inadequate blood supply to an organ (in this case the brain), and encephalopathy means a brain disease that alters brain function or structure. Taken together, hypoxic ischemic encephalopathy simply means the brain did not have enough blood and oxygen being delivered at some point during the birth process and this caused damage.

The brain requires a continuous oxygen flow in order to function properly. When this necessary flow of oxygen is depleted or stopped altogether, damage to the brain occurs very quickly. In just a few minutes, brain tissue will begin to die. This brain damage is irreversible and can be catastrophic. Typically, the period of time that the baby’s brain was deprived of oxygen will determine the extent of their injuries. Depending on the area of the brain affected, hypoxic-ischemic encephalopathy resulting from birth asphyxia can cause a host of developmental and cognitive impairments. In the most severe cases, HIE can lead to death.

There are many possible events that can lead to oxygen deprivation before, during, or after delivery. In many cases, medical negligence plays a role. Doctors may make errors or fail to take timely and appropriate action when complications arise, thus leading to fetal distress and HIE. Some potential causes of HIE include:

Oxygen deprivation can impact various parts of the brain. The specific region of the brain affected will determine the types of symptoms the child presents with. Also, the severity and length of time during which the baby experiences oxygen deprivation has a significant influence on the severity of hypoxic ischemic encephalopathy. In most cases, doctors won’t be able to fully assess the extent of a child’s HIE until he or she is approximately three or four years of age. Although the effects of HIE vary from patient to patient, some of the most common symptoms include: cognitive impairments, developmental delays, motor impairment, epilepsy, and neurodevelopmental delays

How is Hypoxic Ischemic Encephalopathy Diagnosed?

There are certain symptoms that are often present immediately or within a few hours after a baby is born. Doctors and other medical professionals must identify potential signs of HIE in order to run necessary tests to diagnose the condition. Some of the symptoms of hypoxic ischemic encephalopathy that may be evident soon after birth include:

If any of the above signs are observable or doctors suspect hypoxic ischemic encephalopathy, there are several diagnostic tests that can be used to confirm an HIE diagnosis. Neuroimaging techniques such as magnetic resonance imaging tests (MRIs) or computer tomography scans (CTs) are among the most common tests to diagnose HIE. Sometimes, children don’t show signs of a possible brain injury until several years old. Some of the signs that may present over time include delayed developmental milestones and difficulties with motor skills.

If your child suffers from hypoxic ischemic encephalopathy or suffered a brain injury during labor or delivery, it is imperative to understand your rights. If a doctor, hospital, or other medical professional contributed to this condition or failed to diagnose it, you may have grounds for a birth injury claim. Contact our highly experienced hypoxic ischemic encephalopathy lawyers at 866-708-8617 for a free case evaluation. Someone is standing by to assist you.