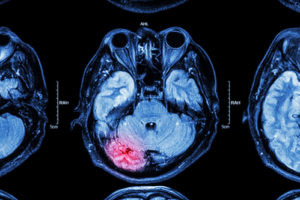 Infant brain damage can result from physical or blunt force trauma to a child’s head, or lack of oxygen and blood flow that leads to the death of brain cells. Neurological damage may occur during prolonged labor due to compression in the birth canal during or improper use of medical delivery equipment during birth. Regardless of the cause of infant brain damage, the outcome is typically impairment in the region of the body controlled by the damaged area of the brain. Ultimately, this can mean permanent cognitive and physical disabilities that a child is forced to cope with for the rest of their life.

While infant brain damage resulting from any cause is tragic, it can be particularly devastating when your child’s brain trauma arises as a result of medical errors. If your child suffered brain damage during birth, as a newborn, or due to negligent care during pregnancy, it is important to understand your rights and options. When mistakes made by a doctor, nurse, or other healthcare provider lead to brain damage, you can pursue compensation with a lawsuit. We assist children and families throughout New Jersey who have suffered birth injuries and harm due to pediatrician negligence. To speak with an experienced attorney about legal action for infant brain damage caused by medical malpractice, call (866)-708-8617 or contact us online for a free consultation.

What is Infant Brain Damage?

Traumatic brain damage, including brain damage to infants, has been described by the Brain Injury Association of America as an alteration in brain function caused by an external force. This serious medical condition is estimated to affect thousands upon thousands of newborns every year. Brain injury can result in the impairment of motor functions and cerebral palsy, hearing impairment, or vision issues—sometimes with no effect on cognitive function. That said, infant brain injuries can also result in cognitive and emotional issues, although that is not always the case.

The permanent impact of infant brain injury depends on the treatment the infant receives, the injury’s severity, and the region of the brain affected by the injury. For instance, if an infant’s cerebrum is damaged, the child’s ability to reason or problem solve might be compromised; if the infant’s cerebellum is injured, the child might have sustained difficulty maintaining balance or coordinating muscle movements; and if the brain stem is damaged, the infant may have difficulty with swallowing, heart function, sneezing, and with breathing generally (to varying degrees). To learn more about possible signs of brain damage in newborns, visit our Infant Brain Damage Symptoms page.

Causes of Brain Damage in Infants

One of the leading causes of infant brain injury is a lack of oxygen. If your medical team fails to recognize that your infant is being deprived of oxygen, during a difficult or prolonged delivery for example, and further fails to quickly correct the situation, infant brain damage could be the outcome. Leaving your infant with limited to no oxygen for a medically significant period of time is a medical error with serious consequences, as oxygen deprivation may result in mild to severe brain damage.

Another cause of infant brain damage is jaundice. If a substance called bilirubin is allowed to build up in a child’s bloodstream, that substance can lead to a type of brain damage called kernicterus. Kernicterus can result in cognitive impairment, hearing loss, movement disorders, and other significant problems in an infant. If your doctor fails to identify jaundice in your infant and does not start treatment immediately, the condition can worsen and lead to the above types of brain damage.

Physical trauma during labor and delivery can also result in infant brain damage. If a doctor handles the infant too roughly, uses vacuum-extraction tools or forceps incorrectly, or fails to react properly to a difficult or extended delivery, brain damage can result. Learn more about the treatment options for infant brain damage by visiting our dedicated page.

If you believe that your child has suffered brain damage as a result of medical errors, an experienced medical malpractice attorney can help you determine if you have grounds for a legal claim. Winning a lawsuit for newborn brain injury can provide you with the compensation that you need to afford the costs of treatment for the injury and its long term effects. You may also obtain damages for mental anguish and the pain and suffering inflicted upon you and your family. Get help by requesting a free case evaluation or call (866)-708-8617 today.