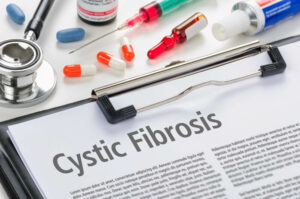 You take care of yourself during pregnancy, making sure you eat well, exercise, rest, and attend all your prenatal visits. No question your baby’s health comes first, so you do all you can to protect it. Sadly, sometimes it is just not in your power to safeguard your child against sickness, injury, and disability. Your genetic inheritance becomes your family’s burden when it comes to some diseases. One such disease is cystic fibrosis, a potentially fatal genetic disorder inherited from both parents that disables the pancreas and lungs. In people suffering from this condition, both digestion and breathing are primarily impacted.

Cystic fibrosis can lead to extremely severe complications and may cause a child’s death too soon, especially if there is a delay in diagnosing the condition or adequately treating it. Without targeted symptom management, a person with CF can rapidly turn from bad to worse, escalating into respiratory failure. Considering this unfortunate reality, a healthcare professional who fails to recognize CF symptoms or run tests to rule out the condition, may be guilty of medical malpractice. If an earlier diagnosis and treatment course might have prevented permanent damage or lessened your child’s suffering, you are best advised to seek legal counsel about your options. With extensive experience in this area, our pediatric malpractice attorneys can educate you about the legal process, analyze your child’s case, and if you have a valid claim, we will fight tooth and nail to recoup your past economic losses and prepare for your child’s future healthcare needs. Call (866)-708-8617 to discuss further in a free attorney consultation.

What Happens with Cystic Fibrosis

With this condition, the body’s organs are coated in excess mucus that prevents the lungs, pancreas, and digestive system from flushing out an overflow of bodily secretions. Due to a defective protein, the gene that typically regulates the flow of water and salt in and out of cells around the body’s organs malfunctions. Thus, certain glands overproduce mucus, sweat, gastric substances, saliva, tears, and bile that are unusually thick. This can clog critical pathways throughout the body and also causes overly salty sweat. Likewise, the inability to move these fluids results in the buildup of harmful infection-causing bacteria.

Further, since the pancreas produces digestive enzymes to break down food for the intestines to absorb, when the pathway to the intestines is blocked, too few nutrients fuel the body, impeding growth. The pancreas also regulates sugar, so when this organ is damaged, CF sufferers not only have digestion problems, but some may develop diabetes. As such, recognizing CF in growing children is critically important.

Main Cause of Cystic Fibrosis

Millions of Americans carry the CF gene, but not all carriers pass on the disease. In fact, only 25% of parents with the gene unknowingly pass on CF to their children without ever having suffered symptoms themselves. One way to find out if your child has CF is through blood, sweat and cell samples. Before modern medicine and technology, children with cystic fibrosis (CF) died in early childhood. Early detection through testing was not as prevalent. Now, the lifespan of those with the disease may extend into mid-life with early treatment and lifestyle changes. Of the 1,000 diagnosed cases of CF annually, three quarters are children less than 2-year-old. Since CF is an incurable disease, pediatricians must recognize the signs early and begin treatment as soon as CF is diagnosed to improve patient outcomes.

Besides routine testing at birth, you may come to know that your child has CF if their skin tastes salty when you kiss them, they cough frequently, and are prone to wheezing, shallow breathing, unusual stools, poor weight gain, or nasal growths. Some or all these symptoms may appear at some stage in your child’s life, but your doctor must be on high alert for CF once the family history and genetic defects present in both the parents, along with the child’s CF symptoms. Infants, babies, and toddlers get colds, coughs, and other symptoms that may appear like other conditions. And symptoms may be mild and unrecognizable as CF. Thus, your child must have the full battery of tests, routine treatments, and lifelong therapies to help them lead a healthy life. Untreated CF can lead to deadly infections and respiratory failure. Pancreatitis or pancreatic failure may require lifelong insulin regulating injections, and other organ damage may end in lung or liver transplants.

Though newborns are screened for CF by a simple blood test, the test does not pick up on the more than 1,700 variants of the disease. More importantly, some children may have digestive problems but no respiratory issues, while others have just the opposite, so diagnosis is especially difficult. One early sign is when the newborn’s first bowel movement is too thick to move, causing an intestinal blockage. Other signs are inadequate growth and weight gain or greasy, foul-smelling bowel movements.

The blood test at birth can find the gene for cystic fibrosis and a simple exam can detect health issues, but follow up with further tests is necessary to confirm CF. A diagnostic sweat test, checking for high levels of salt, or a cheek swab that detects the CF gene in the cells can accurately diagnose the condition.

Treatments and Therapies for Cystic Fibrosis

Once diagnosed, treatments and therapies for cystic fibrosis are geared toward symptom management and should be individualized based on the person’s current health status and symptoms. The unusually thick mucus that comes with cystic fibrosis can cause frequent coughing, labored breathing, respiratory infections, diabetes, pancreatic dysfunction, male infertility, osteoporosis, and liver disease, so various treatment options are employed to address each of these.

One method to help control the condition is through diet. Since children with the disease suffer slow growth, a diet high in fats and nutrients for weight gain and immunity boost to fight infection is generally recommended. Medical professionals typically advise eating foods that do not produce mucus and taking medications and treatments that expel or reduce the mucus among people with cystic fibrosis. CF fatalities result largely from lung infections, bronchitis that turns into pneumonia, or other respiratory problems, so healthcare professionals familiar with this disease should know that dietary and other controls with expectorants are critical for maintaining patient health.

Knowing that breathing difficulty from clogged airways can be fatal, keeping your child’s lungs and bronchial tubes clear reduces the risk of infection. Medications like antibiotics are frequently prescribed and administered to keep infections under control. Additionally, breathing devices, such as inhalers and sprays, are mechanisms to open air passages and kill bacteria. Further, manual therapy to dislodge the pooled mucus by clapping the patient’s back and chest while they are standing, sitting, or lying down, is a common treatment. Supplementarily to prescription medications, over-the-counter drugs like ibuprofen and vitamins are commonly used to keep the lungs at maximum capacity. A leading goal and way to treat cystic fibrosis is to supplement enzymes for pancreatic health, boosting nutrition, and balancing the salt around the lungs. Some patients have implants that constantly administer medication.

In terms of reducing the risk of serious CF-related complications, parents are advised to keep a child away from sick people, get them the annual flu shot, encourage, given that a child with cystic fibrosis is more susceptible to infection.

Getting Help with a Cystic Fibrosis Lawsuit in NJ

No one should suffer needlessly as a result of substandard medical care, least of all a vulnerable child with a life-threatening condition like cystic fibrosis. Contact our knowledgeable cystic fibrosis malpractice lawyers in New Jersey if you suspect your family should be entitled to compensation for inadequate diagnostic or treatment services by a doctor, hospital, or other provider or facility. You can call (866)-708-8617 anytime and also describe your case in our convenient form and receive a free consultation.