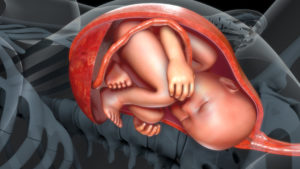 You made all the right plans and decisions to make your baby’s birth as safe and easy as possible. However, sometimes things do not go as planned. When your body experiences a medical condition during pregnancy, such as placental abruption, your doctor needs to recognize the signs as soon as possible and develop a plan of action. If an obstetrician should have known about your detached placenta, initiated treatment right away, planned for your baby’s delivery, or acted sooner to protect you and your baby, and failed to do so, the consequences can be tragic. In these devastating scenarios, the law is on your side, providing you and your family with a means by which to hold negligent medical professionals accountable and obtain just financial compensation for the true costs of your injuries.

If you believe that your provider negligently diagnosed, treated your condition, or failed to properly manage your childbirth with placental abruption, which led to your or your baby’s harm, seek counsel from our experienced birth injury attorneys today. We help victims and families like yours throughout New Jersey. Our lawyers are here to review your case free of charge, recommend what to do next, and represent you in a lawsuit to recover maximum damages. We invite you to call (866)-708-8617 to learn more.

What Happens with Placental Abruption

A developing fetus receives its nutrients and oxygen from the placenta, which is attached to the uterine wall. After the baby is delivered, the placenta detaches and delivers after the baby, in a process known as the afterbirth. When the placenta wholly or partially detaches before the baby’s delivery, called placental abruption, the fetus may be deprived of food and oxygen and the mother may bleed excessively. While this condition is relatively uncommon, with only 1% of pregnant women experiencing it, for those whose placentas detach, it is more likely to occur in the third trimester of pregnancy. Whenever the condition occurs, however, it can be seriously dangerous to the mother and child.

The first sign that something is wrong is usually vaginal bleeding, but not all women whose placentas detach will bleed. In some cases, blood pools behind the placenta, preventing bleeding. However, the mother may feel sudden back pain, stomach pain, uterine tenderness or contractions, and discomfort that worsens over time. An obstetrician seeing a pregnant patient for vaginal bleeding should check for uterine tenderness or hardness by a physical examination. They may further order blood and urine tests if they suspect placental problems. However, a pregnant woman with a previous placental abruption may recognize the signs early.

Who is at Risk for Placental Abruption?

Aside from a history of placental abruption, the likelihood of having it increases for women over 35, or those with a multiple pregnancy, traumatic injury (fall or accident, which is thought to cause the abruption), or chronic high blood pressure. Tobacco use and substance abuse, as well as other pregnancy complications like infection, excess amniotic fluid, preeclampsia, eclampsia, premature rupturing of membranes, or umbilical cord problems are also indicators for the condition. Although it is still unknown how placental abruption is exactly caused, these factors correlate with higher risk for the condition. And while placental abruption may be detected by physical exam, ultrasound, blood tests, or fetal monitoring, diagnosis is only truly conclusive at birth.

What is the Treatment for Placental Abruption?

Once it is detected, treatment for placental abruption depends on whether the mother’s bleeding is slowed, and mother and baby are doing well, as well as how many weeks into the pregnancy it occurs. Significant blood loss in severe cases of placental abruption may lead to shock, blood clotting problems, kidney or other organ failure, and a blood transfusion. To stem uncontrollable bleeding, a hysterectomy may be necessary, although rare. If mild cases wherein only a small placenta portion separates from the uterine wall, a physician may try to expedite the baby’s lung development with medications called corticosteroids. They may keep the pregnant woman in the hospital for monitoring or send her home if the bleeding is slowing down. However, if the placenta detaches after 34 weeks, an obstetrician may induce labor or deliver the baby via cesarean (C-section) to avoid additional complications. This is especially important to avoid further abruption, heavy bleeding, and health problems for the baby. A severe case with significant amounts of bleeding typically requires an immediate cesarean birth.

Short of death, The risks to babies born to mothers with placental abruption are numerous, as the condition may result in a child suffering from:

Sadly, 15% of severe cases of placental abruption end in death of the child. As a general rule, the later the baby is born, preferably after 37 weeks, the less likely the risk of health problems. 10% of premature births are associated with placental abruption, and prematurity (born 36 weeks of pregnancy or earlier) comes with its own set of health problems. Since their bodies have not fully developed, premature babies may suffer from lower body temperature, respiratory disorders, heart conditions, low blood pressure, infections, and jaundice. As such, they often stay in the hospital on machine assistance until at least their due date. Long-term problems include gastrointestinal conditions, anemia, kidney dysfunction, weak immune systems, and seizures. Moreover, preemies are more likely to develop cerebral palsy than full term babies.

Your baby was born with a serious medical condition or complications amidst a placental abruption; what can you do? You may have complained of back pain and bleeding, and your obstetrician did not take further tests. Perhaps the doctor did not plan properly for your delivery, or they failed to act quickly and appropriately to curb the bleeding and someone you love suffered harm or even death while giving birth. The types of medical malpractice that may occur with placental abruption abound. However, one reality rings true throughout these cases: when doctors and healthcare providers fail to diagnose or mishandle a partially or completely detached placenta, mothers and infants suffer the consequences.

If this happened to you, contact our New Jersey placental abruption lawyers to discuss your case and find out more about securing compensation through a legal claim. We are reachable 24/7 to best serve your needs. Just call (866)-708-8617 today.