NJ Attorneys for Negligence with Septic Shock in Children and Infants 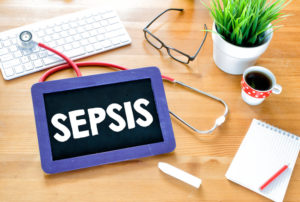 One of the top pediatric killers in the world, sepsis is an infection caused by viruses, bacteria, fungi, parasites or their toxic wastes, and often leads to major systemic and organ dysfunction. Of the 72,000 U.S. cases annually, about one-fourth of all hospitalized children with sepsis die. Like the top four global killers at their most severe–pneumonia, diarrhea, malaria and measles–sepsis is deadly, especially if not quickly diagnosed and treated. Those who survive the condition may ultimately suffer with lifelong damage. Given the catastrophic costs of medical negligence with pediatric sepsis, those who err when diagnosing or treating the condition may be held accountable for the financial, emotional, and mental damages caused by their mistakes.

If a doctor’s or another medical professional’s handling of your child’s sepsis fell below the standard of care expected of someone in their position under like circumstances, you most likely want to know what you can do. Your child might need long-term treatments and therapies resulting from sepsis-related injuries or complications. These costs may be awarded to you through a successful medical malpractice claim. If you have legal questions about a pediatric negligence case involving sepsis that affected your child, seek knowledgeable counsel from a skilled New Jersey pediatric malpractice attorney to explore your potential grounds for a lawsuit. You can reach us 24/7 for a free evaluation of your child’s case and answers to your questions. We encourage you to contact us (866)-708-8617 today.

Historically, pediatric sepsis was treated like adult sepsis until studies showed that sepsis presents differently in children. Children are physically distinct from adults, making them susceptible to different kinds of diseases and infections. Thus, unique to infants are the conditions that lead to sepsis, such as genetic diseases of the heart and lungs. In addition, older children who develop sepsis may have neuromuscular disorders, while adolescents develop congenital cancer that may lead to sepsis. So, children are harder to diagnose because they usually have companion conditions along with sepsis. This variance has caused significant disagreement about how to define sepsis in children.

Children get sepsis or septic shock from common illnesses, like urinary tract or ear infections and the flu. Newborns may contract sepsis from their mothers, whose membranes break more than a day before birth or who have Group B strep (streptococcus). Premature babies are also more vulnerable to infection. Older babies may develop sepsis from bacteria or viruses from being in the hospital or around others with infections, typically Respiratory Syncytial Virus (RSV), E.Coli, Herpes Simplex, Candidada or Cytomegalovirus (CMV). Unvaccinated babies can also get it from childhood diseases, like measles and chickenpox. Older children can pick it up from school, daycare or extracurricular activities.

Sepsis is more severe in children when the infection accompanies underlying conditions, such as heart defects, respiratory distress syndrome or organ malfunction. These age-specific conditions also make diagnosis more difficult, a dangerous challenge since starting treatment within one hour of diagnosis is critical to survival. To make matters worse, children don’t always show signs of sepsis, making diagnosis all that much more difficult. And yet, healthcare personnel must detect and diagnose sepsis, despite the disagreement in the medical literature about how to define it.

Previously, doctors diagnosed SIRS, systemic inflammatory response syndrome, an infection that causes inflammation in the human system, and called that sepsis. If the patient also had deteriorating organ functioning, then it was severe sepsis and septic shock when the heart malfunctioned. But these definitions didn’t distinguish between seasonal flu viruses and more serious infections that drive white blood cell counts high. As such, sepsis now includes organ dysfunction, as well as infection and systemic inflammation. The diagnostic difficulty is still, however, tracing the stages from sepsis, to severe sepsis, to septic shock.

Given the symptoms and challenges peculiar to pediatric sepsis, doctors in general and pediatricians in particular, must be armed with the requisite education and experience to timely diagnose and treat children. Signs of sepsis in children include:

Any or all these symptoms with heart failure suggest septic shock, a potentially fatal condition.

The best defenses against devastating sepsis are trained staff to watch for and respond to the first signs of sepsis, thorough recordkeeping on Electronic Medical Records (EMRs) available system-wide in most facilities, followed by immediate treatment with IV fluids, antibiotics, or, if necessary, medication (vasoactive) that regulates blood pressure. Trained hospital and medical staff alerted to early warning signs improve sepsis outcomes. Delaying the administration of antibiotics, even a 3-hour delay, could lead to organ failure. Further, the early administration of fluids increases survival rates. Even still, those who survive sepsis are often left with long-term cognitive, neurological and psychological disorders.

Since time is critical, best practices in clinical settings improve rates of rapid diagnosis and response to suspected sepsis. Long-term follow up for sepsis survivors also improves patient outcomes. Failure to fulfill any of these significant responsibilities on the part of a doctor, hospital, or another healthcare provider may amount to medical malpractice, entitling your child to financial compensation.

If you or someone you know has a child who suffered from complications of sepsis, it is encouraged to understand the legal avenues that may be available to you. Pursuing a lawsuit for delayed diagnosis, misdiagnosis, or failure to treat pediatric sepsis or septic shock can provide crucial resources for your child’s immediate and long-term needs. It can also ensure that doctors and other negligent healthcare workers and facilities are held to account for their improper care and help to make certain that other children don’t suffer similar adverse outcomes. If you would like to discuss a sepsis case with an experienced Pediatric Malpractice Lawyer who can provide guidance and answers unique to your child’s case, call 866-708-8617 or fill out an online form now. Our team is always available to provide you with a free consultation.